About Work With Me Real Results Blog Contact Me Login 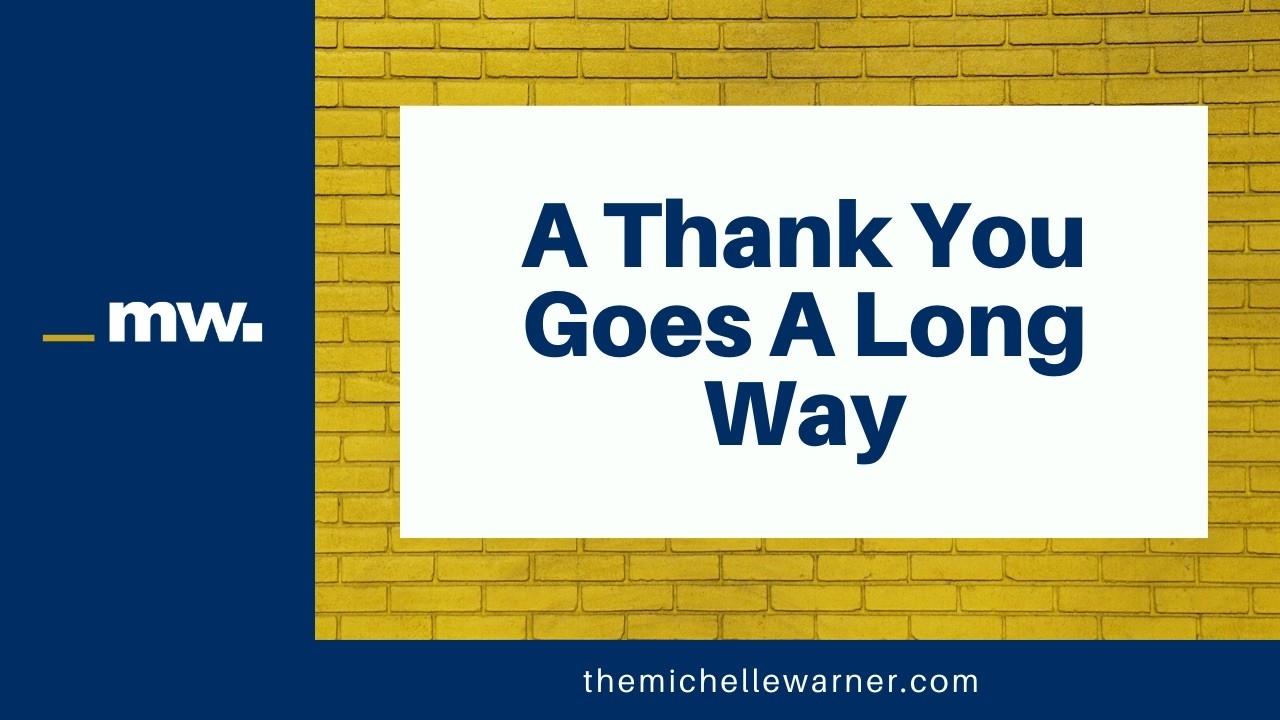 When I hear the word networking nothing, absolutely nothing, good comes to mind.

Instead I flash back to horrible moments in my 20’s spent hiding in the bathroom at professional events because leaving said bathroom meant being thrown into a room of people I had nothing in common with, could not find anything in common with but who were somehow supposed to help me advance my career.

But I also couldn’t imagine not attending because I was a rule following, straight-A student and we were told we should network, so network I would!  Never mind I had no idea who the people in the room were, how they could help me (or even what I wanted help with) or how to start a conversation with them much less build a collaborative relationship.

Add in a healthy dose of introvertness and it was all kinds of awful and awkward.

And then I went to business school and to my surprise, thrown in with all the interest rates, economics and spreadsheets were social psychology and sociology classes that focused on teaching us how to build connections and relationships.

This was radical and revolutionary to me. There was a system to doing this? It could be taught? It wasn’t all reliant on the gene pool lottery of natural charisma and good looks?

I took the science and strategies I learned in those classes to create a ridiculously easy to implement, 5 minute a day connection system for myself.

I’ve used it ever since and it’s allowed me to build a multi-million dollar startup in the social justice space and, once I left that, has allowed me to build and grow this current business of mine on the strength of networking, connection and collaboration, and notably not on tens of thousands of Instagram followers, hype-y videos and runs on the beach. (Nothing wrong with those things, just not the scene for this introvert).

While I’ve now used this system for 10+ years, I didn’t fully realize what I was doing or, more importantly, the power and usefulness it would have for others, until I started to casually mention it to clients over the past year.

They gobbled it up and immediately started seeing results. So I started talking about it on the few podcasts and shared it inside a few programs, and the feedback was the same. I knew it was time to share it are broadly.

At the heart of my 5 Minute a Day Networking System is 2 steps:

1. Know the size of your network and who should be in it (the set up)

2. Communicate with them on an appropriately regular basis in authentic ways (i.e. Be a human, not a spammer) (the implementation)

If you haven’t read the overview of step one, how to set up your network, you can do so here.

This note is all about how to get started implementing.

And the best way to get started is to start thanking people.

That’s it. It’s ridiculously easy - and goes so ridiculously far - that you have no excuse to not be thanking someone every single day.

Here’s how and why:

We’ve all heard “it’s better to give than to receive” and it’s true: it feels good to give. You know why? Because it feels really good to watch the other person feel good receiving your giving.

And that’s exactly what a thank you allows you to do: It allows you to share a genuine moment of connection with someone who has genuinely helped you (and who will most likely help you again when they know you appreciate it).

This means the simple, humble thank you is the little engine that could in the networking world: it’s simple, it’s easy and and it will show up and pay you back over and over and over again.

And because it’s just as much (if not more so) of a pleasure to deliver as it is to receive, it’s also pleasure to implement, and the exact opposite of the miserableness you probably think of when you hear the word networking.

Let me break down exactly how to send a thank you that will pay endless networking dividends, and why it works.

I recently moved to a new town and was looking for a dog trainer and daycare for my dog. He’s spoiled and picky and it’s a small town so there weren’t many options and any old situation wasn’t going to work.

I finally found the perfect place that had the classes I was looking for and also offered daycare. Perfect. I was thrilled. Until I found out the daycare had a waitlist and I wanted him in pronto.

No worries. I shot off a thank you note to the owner and trainer that went something like this:

“Hi! Thank you so much for the class last week. Watson’s had a harder than expected time adjusting to our new home and it’s been such a relief to meet you. And I have to tell you - that little game you took 2 minutes to teach me after class? We’ve been playing a few times a day and I can’t believe it! It’s completely turned around his anxiety and hunting instinct. His walks are better, he naps more during the day. Everything has changed based on those 2 minutes you gave us. Thank you, I so appreciate you taking that time. I know daycare is on a waitlist but I’ve got him on it and can’t wait until a spot opens up.”

You know what happened? She called later that afternoon and guess what? A spot magically opened up in daycare. And that wasn’t an accident. It was because I acknowledged that she took 2 extra minutes with us and I told her it had made a difference.

A busy dog trainer sees a lot of dogs each day and giving one an extra 2 minutes is extremely kind and not something she can (or should) do for everyone. She certainly doesn’t owe it to anyone and I wanted to make sure she knew I paid attention and that it had made a difference.

And when I told her it did, all of a sudden she wanted to help us more.

Contrast that with if I had written something like:

“Hi! Thanks so much for class last night - can’t wait to get Watson in on daycare! Can’t believe there’s a waitlist, hope it moves fast.”

That’s technically still a thank you. But it doesn’t acknowledge the extra mile she went and doesn’t share the impact of her going that extra mile. It thanks her and then reminds her that she has a capacity problem. If I’d sent that, no way we’re getting extra help.

I share this not to give you a primer on how to cut in line for daycare waitlists (although it works) but to show you what a good thank you looks like and why a thank you can be so incredibly powerful in building a network. When you share a thank you that follows the simple formula of:

You will be remembered. And that’s a good 90% of the networking and connecting game: finding a way to be noticed and remembered in a way that builds the foundation for an ongoing relationship.

It’s also much different than 90% of the thank you’s I see out there that go somewhere along the lines of “Thanks! Really needed to see this today.” I get that you’re trying to be nice, but that’s not actually a thank you.

That’s a drive by and it may as well be spam for as much as anyone’s going to pay attention or feel genuinely thanked.

But when you take 5 minutes and send a real thank you, that’s the start of a relationship, not the end of a process.

Think about it: Was that thank you I sent to our dog trainer the close of a loop of that one single class? No.

It was the beginning of a professional relationship between my dog trainer and myself. I’ll now bend over backwards to recommend her to any friends I have who need similar services, and I’m sure she’ll help us in the future as well. It’s all about using a genuine, integrity-filled and specific thank you as a way of building the foundation of a relationship.

And once you have a foundation that’s built on integrity and specific? Then the sky’s the limit.

My full Networking That Pays: 5 Minutes A Day to A Steady Stream of Clients, Referrals and Collaborations goes into detail of how you build and maintain that ongoing relationship, and if you’re a person that counts on referrals and collaborations to drive business, you should pick it up.

But right now? Right this minute? Think of someone you want to build a relationship with who has helped you - genuinely helped you, whether directly or through something they’ve written or shared - and go thank them.

You’ll be amazed at where it might just lead. 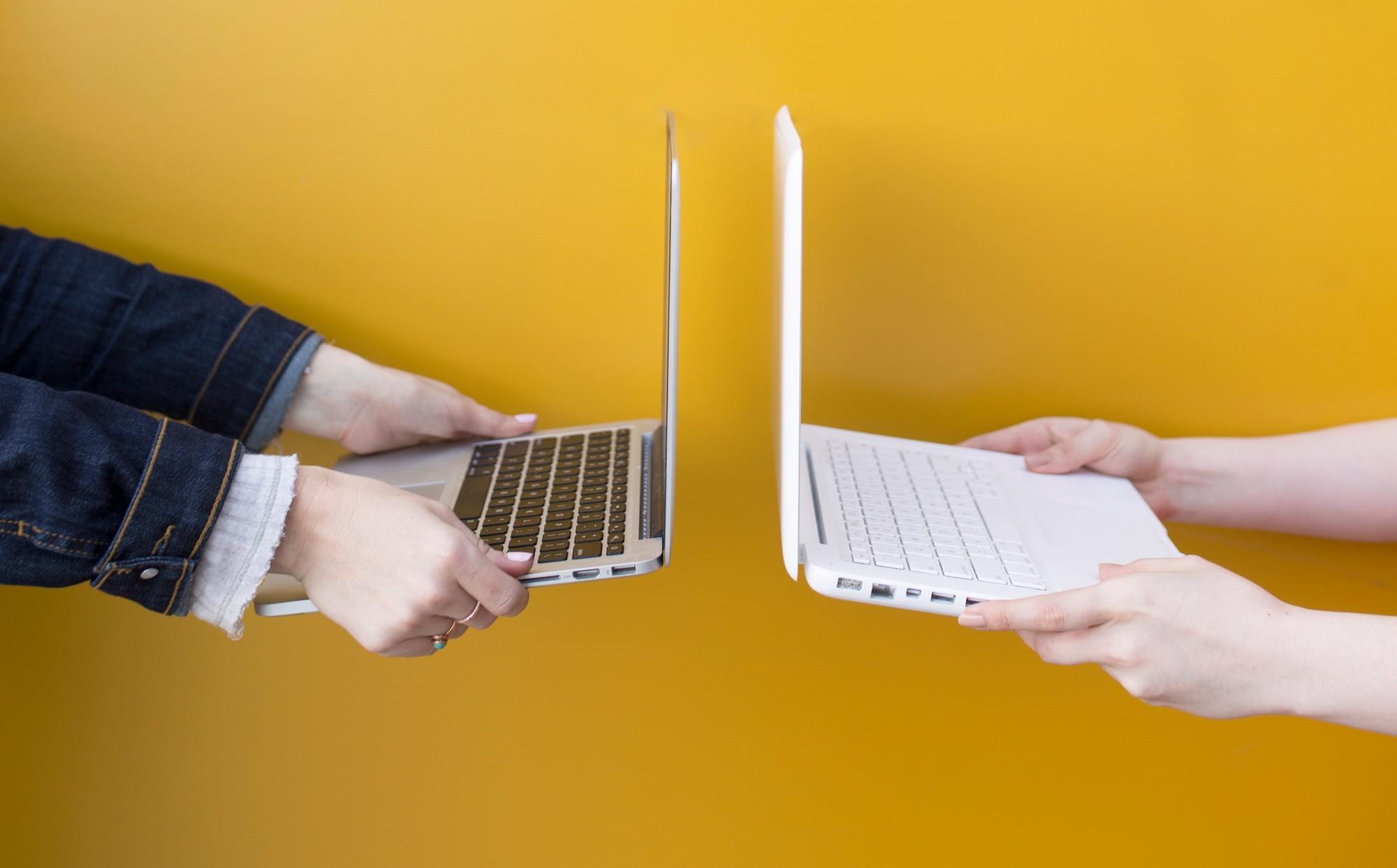 If you're not signed up for my weekly riffs on all things business design you're missing out on my best advice handed to you on a platter. For free.

Get on it. Seriously.